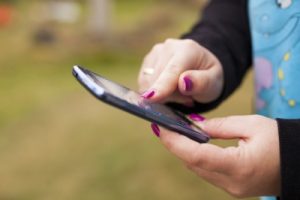 Dieting culture is nowhere more prevalent than on social media and smartphones, but are calorie-counting apps fueling the presence of eating disorders?

Whatever the goal – tracking calories, recording foods eaten, or ticking off steps taken – there is an app out there to accomplish it. Taken too far, this obsession can turn into full-fledged orthorexia, which is a condition characterized by a preoccupation with healthy or very specific eating preferences.

In an article published by the London Evening Standard, Phoebe Luckhurst writes that “calorie-counting apps are pitched as tech weapons in the healthy, clean-living revolution.”

But combined with constant “screen time,” where people are bombarded with unrealistic body image ideals on Instagram, Facebook or other social media channels, calorie-counting apps may become dangerous for people prone to disordered eating habits.

Are eating disorders the new normal?

According to Deanne Jade, founder of the National Centre for Eating Disorders, it’s important for individuals to assess how long-term exposure to media influences may shape eating behaviors or attitudes about body image.

“There is no doubt that the ideal body size, as reflected in the style icons promoted in the media, is getting thinner,” Jade says.

The danger, Jade explains, is that outer influences – even healthy eating apps – can normalize the culture of dieting and eating disorders.

“The media can persuade us that wrong eating habits are right and natural,” she says. “The media presents us with an idealized shape which is invested with attributes of being attractive, desirable, successful and loveable but which is unattainable without resorting to sinister or dangerous eating habits.”