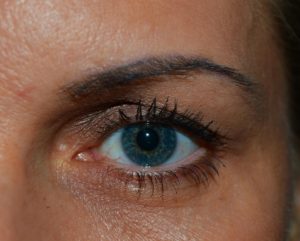 A recent survey conducted by RealSelf.com reveals that one in five American women have planned or considered getting plastic surgery.

Most women don’t end up going through with a procedure, however, due to various fears: debt, complications, pain, looking worse or finding a reputable doctor.

The survey also found that most women are unhappy with at least one body part and this dissatisfaction only diminishes slightly as women get older (younger women appear to be the most unhappy with their bodies).

“While the total market [of women who want plastic surgery] has previously been calculated by the procedures performed in the past year, we can see that the total addressable market is actually far greater,” Tom Seery, CEO of RealSelf.com said in a press release.

Seeking comfort in the self

For women who were seeking plastic surgery, the survey found the main motivating desire was to “feel more comfortable with oneself.”

For about 29 percent of women, the desire to change their bodies came at the time of a significant life milestone, such as a birthday.

On the flip side, 57 percent of women between the ages of 18 and 64 have not yet used services from spas, dermatologists or plastic surgeons.

With that being said, 30 percent of responders say they would be willing to have surgery to change their looks.

“As cosmetic procedures continue to become mainstream, millions of women are overcoming social stigma to pursue cosmetic changes they have been researching, often for years,” Seery said.