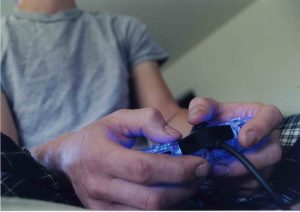 A new study published in the February 27th edition of Pediatrics has determined that kids who play “active” video games are no more physically active than their peers who played inactive video games.

78 children between the ages of 9 and 12 participated in the new 12 week study. They were divided into 2 groups, with one group receiving “active” video games such as “Wii Fit Plus”, and the other receiving standard, sedentary games such as “Mario Kart Wii”. The kids were required to keep a journal of the time spent playing Wii, and wear an accelerometer to measure acceleration and exertion.

The research highlights a popular misconception that children who spend time playing video games that require them to be actively moving around are increasing their daily amount of physical activity. In fact, the researchers noticed that there was no measurable increase in physical activity either when the children first received the video games or during the period of time the study was in effect.

These new results contradict results from a previous study which indicated that playing “active” video games might lead to an increase in overall physical activity. It is believed that the children in the new study may not have played the “active” video games at the same level of intensity as in the first study which took place in a laboratory setting.

According to the Centers for Disease Control and Prevention (CDC) children and teens require at least one hour of physical activity every day in order to maintain optimal health.