How Common Are Eating Disorders In The Jewish Community? 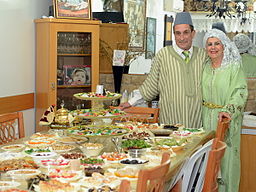 According to a recent article published in the Washington Post, eating disorders among Orthodox Jewish females and others in the Jewish community are currently under-reported. Families often seek help, as the article reports, however, only when the disorder is in the advanced stages. The reason for delaying treatment is because of the stigma which surrounds mental illness.

There are other reasons why people in the community avoid seeking treatment and these include a woman is less likely to get help because of a desire to stay thin. Finally, an eating disorder can become a means of coping with anxiety, stress and other situations which bring on high anxiety, because they are less stigmatized than drug or alcohol abuse.

An eating disorder can occur in any demographic, regardless of a person’s gender or religious beliefs. There are a lot of misconceptions about eating disorders and it can lead people and families to seek help at a late stage.
Eating disorder statistics are often under-reported and it’s not just the information about women. In fact, men account for 10 percent of all eating disorder diagnoses in the United States, yet their illness is oftentimes ignored or misdiagnosed for a variety of reasons.

Because Shabbat, kashrut and other customs and rituals in the life of an Orthodox Jew involves food, individuals might hesitate to seek help from an eating disorder specialist who may not understand these traditions. Because food is central to the Jewish culture, it is very important for those with an eating disorder to seek treatment from a professional who understands, or is willing to learn about the Jewish traditions and holidays that could involve feasting and indulging in rich foods.

For an eating disorder, early intervention is extremely critical, because past research has shown the chances of recovering from it are increased, if it is diagnosed early.

With anorexia nervosa, early diagnosis is important because the death rate from the disease is twelve times higher than what’s associated with all causes of death for women between the ages of 15 to 24 years old. Typical symptoms for anorexia include extreme weight loss, a refusal to eat, and compulsive exercising. Many individuals are not aware that one of the biggest challenges with anorexia is the person simply gaining weight and keeping it on to avoid permanent organ damage.

Families need to be aware of eating disorders such as binge eating and bulimia. Finally, there are eating disorders not specified, and a person who has one of these may have an unhealthy relationship with food, yet not fit into the other established categories.

Battling an eating disorder in the Jewish community also has an important psychological component: women are subjected to a lot of pressure from the media to be thin and to have a specific body image. Therefore, parents and the Jewish community as a whole, should encourage young girls to love and accept themselves, regardless of their shape or size.