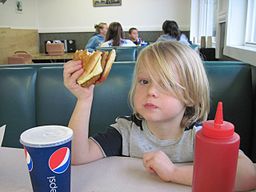 When most of us think about an eating disorder, we probably think of anorexia or bulimia. However, there is another eating disorder that has nothing to do with a person’s concerns over body weight, shape or image. This disorder has been recognized in the latest edition of the Diagnostic and Statistical Manual of Mental Disorders.

What is this Eating Disorder?

Besides anorexia and bulimia, there is another condition that has nothing to do with either of these eating disorders. The newest eating disorder is called Avoidant/Restrictive Food Intake Disorder or ARFID. With ARFID, it’s an eating or feeding disturbance that results in a person consistently failing to meet appropriate nutritional and energy needs.

ARFID can lead to one or more of the following:

Dr. Rollyn Ornstein division chief of the Adolescent Medicine and Eating Disorders at Penn State Hershey Children’s Hospital states this disorder is more serious than a child just being a finicky or picky eater. At times a child might be referred to Dr. Ornstein after a choking or significant vomiting issue that makes them want to not eat certain foods or possibly avoid solid foods altogether.

Many babies, toddlers and preschoolers get labeled as a picky eater and parents are sometimes told its normal and the child will get past it with time and age. However, if a child goes into school and still has a high level of selective eating, it is definitely something that requires addressing with his or her pediatrician.

Dr. Ornstein states even though the disorder now has a name, not all pediatricians are familiar with it or know how to treat it properly.
She went on to further say, “You know your child best. So if you think there is a problem, you shouldn’t feel bad about seeking help from an expert. It shouldn’t be ignored for too long because if they have texture or sensory issues, it becomes harder to deal with as they get older.”

Most of the youngsters Dr. Ornstein sees are at least eight years old and some won’t swallow food for fear of choking, while other children she sees have an ongoing complaint of a belly ache and not being hungry. She says of these children, “Often there is an underlying anxiety, but it isn’t always so severe as to have been obvious before.”

Penn State Hershey did a study of children admitted to Dr. Ornstein’s program for children ages 8 to 16, who have been diagnosed with an eating disorder. It was found that 23 percent of these children have ARFID. If left untreated this disorder can cause a child to lose weight, become malnourished and develop eating issues that can interfere with activities and daily life.

Many of the children were found to social anxiety and depression, which comes as no surprise for Dr. Ornstein.

More study is needed to determine how AFRID should be treated and whether or not, mental health intervention will need to be incorporated into an effective treatment plan.