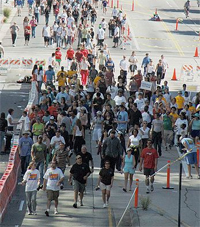 “It started out so innocently in the spring of 2009.

Bailey Monarch wanted to eat healthier and lose a little weight. She counted calories and liked her thinner reflection in the mirror.

But then, her hair began falling out.

Her right foot tingled and went numb in spots.

By the time she realized her body was starving, her internal organs had begun shutting down.

“I was obsessed with counting calories,” said Bailey, 17, a senior at East Lake High School. “I withdrew from social events because so many happened around food and I didn’t want to deal with food. My friends wondered, but I said no to going out so frequently, they stopped asking questions.”

In August 2009, she was diagnosed with anorexia nervosa, a serious eating disorder primarily of women in their teens and early 20s.”