The Rise In Youth Eating Disorders Has Raised Concerns 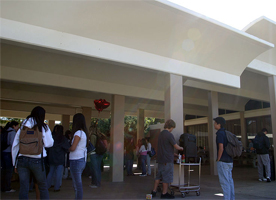 Researchers, scientists, doctors and parents are stunned and concerned to say the least at the rapid rise in eating disorders in children and teens. The numbers of children/teens with eating disorders just continues to go up. What is more upsetting is the age at which some of these children are being diagnosed with an eating disorder some as young as four years old!

What is Causing this Rapid Increase in Eating Disorders

Many researchers and doctors have several theories as to what is causing such a rapid increase in eating disorders in children and teens. Some feel it is related too much time spent on the internet or watching too much TV. A few decades ago, children found their entertainment in playing outdoors with friends in nearly every neighborhood you see a group of children even teens playing softball in the road, shooting hoops in the driveway and biking. Now in 2011 you rarely see these activities kids are to consumed with TV and the internet to even go outside. When the kids are active they work up an appetite therefore, eating is something they enjoy doing and need to do to regain enough energy for a game of hide n’ seek or catching fireflies, or building a snowman. It does not take much energy to sit in front of the TV and watch people eat or see how thin almost everyone is. Nor does it take much energy to type messages on Facebook or MySpace or play video games.