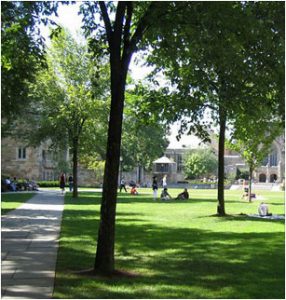 In a recent study done by a Harvard research team, they discovered that the majority of eating disorders in college students mostly of the female gender go unnoticed.

How an Eating Disorder can go Unnoticed

How an eating disorder can go unnoticed actually has a simple answer many college students feel the pressure of fitting in especially those just entering college. One participant in the study was quoted as saying “If you are not thin and beautiful no one notices you.” Trying to fit in can cause a great deal of stress. This stress for a young woman who feels she is over weight may be the trigger that causes her to develop an eating disorder in this case anorexia.

Other participants found themselves in a binge and purge cycle eating disorder. They become lonely and often depressed so they would eat a half a gallon of ice cream chased down by a few bags of chips and cookies.

What the researchers discovered is that these eating disorders can easily go unnoticed because the participants did not repeat this behavior on a regular basis it was “used” on an as need basis.

When you have a college campus with three thousand students on it unless someone seeks help then it can be almost be impossible to determine who has or is at risk for an eating disorder.

Especially when the behavior is not consistent. A binge/purge cycle that lasts for two weeks and does not return is not actually enough to classify a person as having an eating disorder. They can certainly be considered at a high risk for developing one in the future.