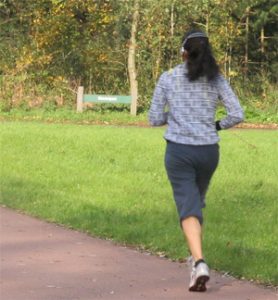 Exercise is often seen as a negative thing for eating disorders, but a study shows that some healthy exercise has a positive effect on self-esteem and depression that may actually prevent it:

“When treating an eating disorder, exercise is rarely considered therapeutic; it’s more likely to be viewed as dangerous for patients already obsessed with their weight. But a new University of Florida study shows that the psychological benefits of exercise could be used as an intervention for — or even a way to prevent — eating disorders.

Despite the documented mental and physical benefits of exercise, health care practitioners have long assumed that people with eating disorders shouldn’t be encouraged to burn calories through physical activity. While it’s true that compulsive exercisers risk further harm, healthy exercise that’s not compulsive could help people with eating disorders or people who are at risk for eating disorders, said Heather Hausenblas, a UF exercise psychologist who co-authored the study, published in the January issue of European Eating Disorders Review.”