“Picky” Children May Actually Have An Eating Disorder 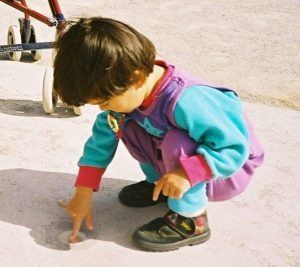 While most parents have experienced a kid who will not finish his peas at the dinner table, a new study reveals that truly picky eaters may have the beginnings of an eating disorder, otherwise known as a “feeding disorder.”

It is important to distinguish between the picky eater who will reject only certain foods, and the child with a pediatric eating disorder. This child will reject all but a handful of foods, or will reject entire food groups. Also included in this group are children with difficulty self feeding due to medical or developmental issues.

This disorder can affect a child’s mental and physical development because of the rapid growth in early childhood, according to some medical experts. Researcher estimate that the disorder affects about 10 percent of the infants and children in the US. The symptoms include a drastic change in eating habits that last more than a month, unexplained fatigue, problems with self feeding, or disruptive behavior during mealtimes.