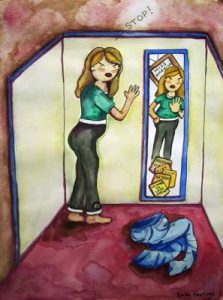 Over three hundred women participated in the study led by Ann Kearney-Cooke, Ph.D., a Cincinnati psychologist who specializes in body image issues. During the study the women were allowed to express their feelings about their bodies.