How One Young Woman Beat Anorexia 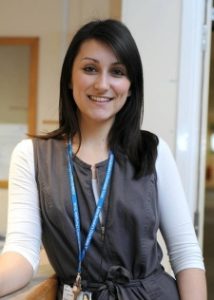 Twenty-Year Old Zoe Brown has a bright future but, instead of trying to escape her painful past, she is using it to help others battle the devastating illness. An illness called eating disorders one that all too many females and males are battling ever day.

Zoe’s story is not much different than that of anyone suffering from anorexia she couldn’t dress herself, she was not strong enough physically to attend school, which as a result she lost all of her friends. She did get help though and after near the end of the process her therapist suggested she work with others as a peer.

Her Work as a Peer

She works with girls who are currently where she has been. She provides support for them even though at times they can be mean spirited. The girls she works with do not know that she has been where they are and she chooses not to tell them. However, some of the girls do appreciate her and her efforts and that makes all the difference in the world.