Hospitalization Caused By Eating Disorders In Young Children On The Rise 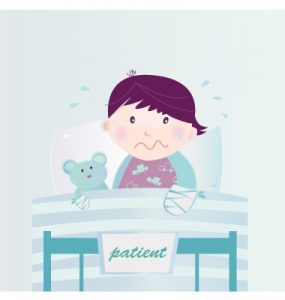 What could possibly encourage an eating disorder that ultimately requires hospitalization in a child younger than 12 years old? That is the question that researchers, scientists and doctors find themselves faced with. Hospitalization of these children rose 119 percent between the years of 1999 and 2006 and in 2010 it continues to rise.

Anorexia is one of the leading eating disorders that these young children are facing. “Anorexia is a psychological disorder; the individual has a distorted body image and an unreasonable fear of becoming fat, so they deliberately try to lose weight. Most of anorexia nervosa patients are female, but males can also suffer from it.” The question is what could possibly make a young child believe that they need to lose weight? Childhood obesity is of course, a contributing factor but it should not be the reason for this increase in anorexia.

What may Have Lead to the Increase in Eating Disorders

“The results of the anti-obesity drive over the last few years – focusing on eating habits and losing weight – may have unintentionally contributed towards an increase in eating disorders.” Said Dr. David S. Rosen.