Facebook And The National Eating Disorder Association Working Together 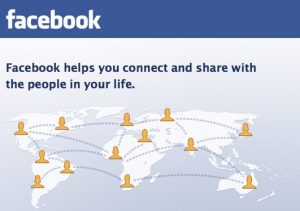 In a recent article, we discussed how the popular social network Facebook may be linked to eating disorders. The complete article can be read here: https://eatingdisorders.com/news/eating-disorders/facebook-linked-to-eating-disorders

The National Eating Disorder Association and Facebook will be looking for any thing that can trigger an eating disorder such as but not limited to groups that encourage or support ideas the “thin is in” which could be mistaken by someone who is vulnerable to an eating disorder, comments, photos, videos, and status posts. This will all be removed.

Facebook will also encourage the reporting of any and all statements, photos, videos or otherwise to be reported as abuse. Once the reports are received, the content will be removed. The individual who posted the comment(s), photos, videos or other negative information will be warned or in some cases depending on how “bad” the content was will be suspended or banned from Facebook indefinitely.

Facebook with the guidance of the National Eating Disorder Association will be developing a “Frequently Asked Questions” site that will include resources, educational information and treatments. Facebook will work with a number of independent sites that are considered safe and supportive.