Evidence Of Anorexia In The Middle Ages 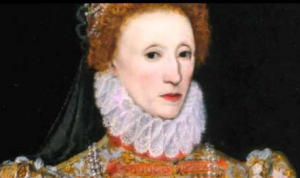 Anorexia is widely considered a disease of the modern age, with most cases being diagnosed in the past 50 years. However, historians have found evidence that women, many of them Saints of the Catholic Church, suffered from eating disorders in the 1300s and 1400s.

Umiliana de ‘Cerchi, Margherita de Cortona, and a woman known as Saint Caterina all starved to death by refusing to eat. This points to the theory that anorexia is not simply formed by the media’s modern interpretation that thin is beautiful, but that rejecting food is a real disease that can be found hundreds of years ago. Many of these women claimed that they could not eat, or ate very reduced amounts of food, and declared that they preferred to starve to death than eat another bite.

The Role of Religion

One major difference between these historical cases of eating disorders and the modern disease is the role of religion. Umiliana, Caterina, and Margherita all chose to go through the physical pain of starvation in the name of God. In the Middle Ages, refusing to eat and self-induced vomiting were perceived as acts of religious devotion and purification, and a way of dedicating one’s life to God.

Whatever the motive for self-starvation, the end result remains the same. Women and men who choose to starve themselves suffer from debilitating consequences, and often death.

What makes these cases interesting is that the ideal of beauty in the middle ages was not thin, as it is today, but larger women were perceived as more beautiful. This could possibly mean that eating disorders are not primarily motivated by a desire for beauty, but more as a way to control oneself through self-inflicted pain.

The Role of Control

While many girls today attribute their eating disorders to a lack of control elsewhere in their lives, many of the historical cases of self-starvation occur in women who lost control in a patriarchal society.

These findings tell us that eating disorders may be motivated more by finding a sense of control than achieving a standard of beauty perfection. Once we better understand the causes of the disease, we can better prescribe treatment.