College Students May Be Unsure Of Disordered Eating Risk Factors 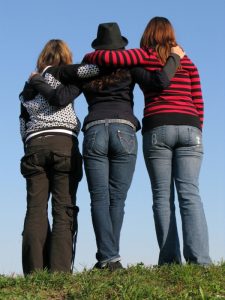 New research conducted through the University of Cincinnati, has identified challenges among college students in recognizing the warning signs of disordered eating that may subsequently lead to the diagnosis of a serious eating disorder such as bulimia or anorexia.

Ashlee Hoffman, a doctoral student in health promotion and education, surveyed 428 college students to determine whether or not they could tell the difference between fact and fiction regarding disordered eating, as well as being able to identify risk factors for developing an eating disorder.

The survey also exposes the disturbing reality that one out of four college students admitted to suffering from disordered eating, and that half the respondents knew somebody with an eating disorder.

Only a moderate number of the college students were able to correctly determine that situational events such as a recent life change, involvement in certain sports that emphasize slimness, or criticism from another family member can precipitate disordered eating.

Some of the students were under the mistaken impression that disordered eating stems from vanity, whereas it is actually a serious compulsive behaviour that may be used as an inappropriate coping mechanism for stress.

Although disordered eating may not fit the diagnostic criteria for a full-blown eating disorder such as anorexia or bulimia, it is extremely important that individuals who are struggling with issues around food and weight loss receive proper support and education regarding eating disorders.