Teen Boys Who Think They’re Too Skinny Are At Risk For Depression, Steroid Use 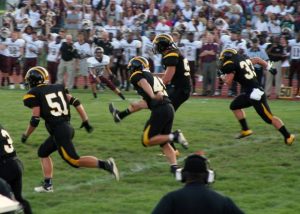 Boys who see themselves as overweight have a lower risk of depression than boys who think they’re too thin, according to recent findings from the American Psychological Association.

It seems that male teens who perceive themselves as being underweight compared with their peers are more likely to suffer from depressive symptoms steroid use – especially if they are bullied.

And while teen girls may tend to internalize their struggles by striving to be thin, young men may resort to outward “drastic measures” in order to achieve these often unattainable goals.

Depressive symptoms in boys who perceived themselves as too thin predicted steroid use, and these same young men were more likely to be the victims of bullying, the research found.

Interestingly, boys who perceived themselves as being underweight – when in reality they were of average weight or higher – reported the highest level of depressive symptoms. And these findings even stay consistent across the entire span of the study, which concluded when the boys were around 30 years old.

Blashill suggested that clinicians who work with depressed male teens should be particularly aware of their body image concerns, bullying and the possibility that these young men may be using steroids.

“Unfortunately, there is little evidence-based research on effective therapies for steroid use among adolescent boys,” he said. “However, cognitive-behavioral therapy has proven to be effective for body image concerns and could be helpful for boys considering using or already using steroids.”

The research is published in the journal Psychology of Men and Masculinity.