How American Men Really Feel About Their Bodies 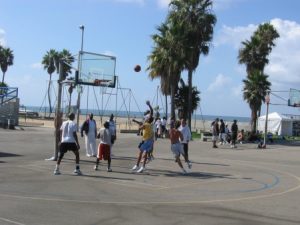 According to a national study by a Chapman University psychologist, between 20 to 40 percent of American men have feelings of dissatisfaction with their bodies, including negative perceptions about weight, physical appearance and muscle size.

“Men can feel pressure to appear strong and powerful, so having some additional mass does not necessarily lead to body dissatisfaction,” said Dr. David Frederick, lead author of the study. “The fact that most ‘overweight’ men felt satisfied might seem surprising, but the medical category for overweight does not correlate well to what people consider to be overweight socially – for example, George W. Bush was medically ‘overweight’ during his presidency.”

Because of the large sample size of the study, researchers were able to examine the differences in body image between gay and heterosexual males. According to the research, homosexual males were more likely than heterosexual males to feel media pressure to look attractive, undergo cosmetic surgery and abstain from sexual activity because of negative feelings about body image.