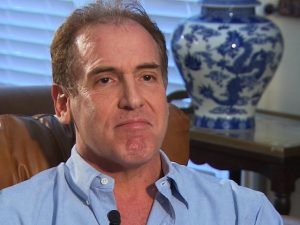 The root cause of these troubles, Cuban says, is deep-seated problems with body dysmorphia that can be traced all the way back to his childhood.

Cuban’s new book, “Shattered Image,” is a self-published account of his early years as an overweight, socially awkward teenager who suffered from bullying both in and outside the home. Cuban’s mother, who suffered body-shaming verbal abuse at the hands of her own mother, passed on the abuse to Brian, who described himself as a “monster” that battled alcoholism, bulimia, anorexia, depression and steroid abuse.

“The choices I make through the day can leave me feeling calm and happy by sundown, or feeling like I’m still stuck in a nightmare,” writes Cuban in the book. “But this feeling is not a dream. It is the reality of Body Dysmorphic Disorder.”

Loved ones finally helped him recover from BDD about six years ago, but his journey is far from over, Cuban writes.

Cuban, 52, is the executive director of the Mark Cuban Foundation, and he spends his time answering emails from young people who are struggling with eating disorders and body image issues. The emails come mostly from girls, he says, but he wishes that more men would speak up about these problems.

“Even in 2013, the stigma is just huge for boys. You don’t want to out yourself,” said Cuban in an interview with the Associated Press. “I’ve had men come to me and say they’re hiding eating disorders from their wives. They’re afraid of losing their jobs. They’re afraid of being thought of as gay. Not much has changed for men.”

Cuban says he wrote the book to help address a lack of understanding about male self-image and male eating disorders. Since BDD is a problem predominately perceived as a female one, Cuban wants to change the conversation.

“Nobody else seems to be,” he said.

With a goal to reach out to parents, Cuban hopes to help educate them about the dangers of fat-shaming:

Every child is born unique. When I talk to parents I hear a lot of, ‘Well, I was bullied and I fought back so that’s what I’m going to teach my kid.’ That’s great and maybe that will work for your son or your daughter, but your child is not you. Your child may not be mentally equipped to handle it the way you did.

As far as his recovery goes, Cuban says that he has overcome the negative eating behaviors, but that mental patterns are hard to change.

“The thoughts are always there. With body dysmorphic disorder, there’s no cure for the thoughts. It’s only how you deal with those thoughts.”