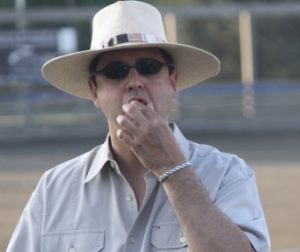 Binge eating disorder can create a host of health problems, but new research suggests that men with the condition will suffer the consequences more severely than women.

A study from Yale University found that males who binge eat are more likely to have elevated cholesterol and high blood pressure – and they’re less likely to ever seek help.

Men are typically underrepresented in studies about obesity and binge eating disorder, said Tomoko Udo, PhD, associate research scientist in psychiatry at Yale and lead author of the study.

“People used to think binge eating was less common in men than women,” she said.

Udo and her team examined 190 people – 141 women and 49 men – who were seeking treatment for binge eating disorder and obesity. After adjusting for body mass index (BMI), the researchers found that men were still three times as likely to have metabolic syndrome – a set of risk factors that increase likelihood for diabetes and heart disease – than women.

Martin Binks, PhD, associate professor of nutritional sciences at Texas Tech University in Lubbock, Texas, and a spokesperson for The Obesity Society, said the study is important because it represents “real-world” factors that contribute to binge eating disorder and obesity.

“We tend to have a ‘one size fits all’ view of weight management,” Binks said. “But [binge eaters] are qualifiably different than your average person who needs to lose weight.”

Primary care physicians have a unique opportunity to spot the psychological issues of binge eaters that might require an appropriate specialist, the authors asserted.

“Many doctors do not know the special needs of binge eaters,” Binks noted.

Results of the study can be found in General Hospital Psychiatry.