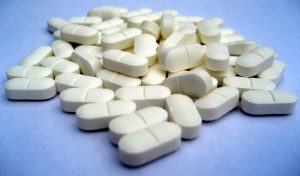 Federal officials are concerned about an experimental diet pill which the manufacturer hopes to make available for public consumption.

Vivus which is based out of California is meeting with a panel of experts next week in order to discuss the merits of the proposed weight loss pill and examine any associated safety concerns. Following this process, the panel of doctors will vote on whether or not the new drug appears safe and effective. Their recommendation will then go before officials from the FDA for final approval.

This is not the first time that Vivus has attempted to promote the weight loss product. Along with two other manufacturers, Vivus had tried to seek approval from the FDA for its diet pill “Qnexa” back in October 2010. At that time, all three companies’ diet pills were rejected and the manufacturers are currently in the process of re-submitting their products for approval. It would appear that “Qnexa” is the most likely of the three potential medications to be approved.

The FDA is worried about two particular safety issues regarding “Qnexa”; the possibility of birth defects in the offspring of pregnant women taking the medication, and the likelihood of increased blood pressure and potential heart problems.

“Qnexa” is a combination of two older medications (an amphetamine and an anticonvulsant). On average, participants in a study who received the experimental medication lost 10 percent of their total body mass. However, the diet pill was also linked to several dangerous side effects such as suicidal thoughts, heart palpitations, memory loss, and birth defects.

Vivus will need to submit a plan to ensure that women who may become pregnant do not take the drug, due to the high risk of birth defects. A follow-up study would also be required in order to monitor individuals taking the diet pill for heart problems.

If approved, the diet pill would be the first new weight loss medication available on the market in more than 10 years.