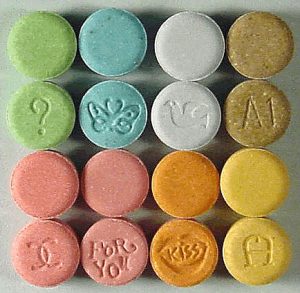 A 17 year old girl has died of massive organ failure after reportedly taking the street drug ecstasy in an attempt to lose weight. The girl from Abbotsford, Canada was attending a sleepover with three other teenage girls. She became unresponsive, and was rushed to hospital in critical condition. She died a day later.

The police became aware that all the girls had used ecstasy at the party in order to lose weight. Although the other girls did not experience the same adverse reaction as the 17 year old, they were also taken to hospital as a preventative measure.

All the girls admitted to having used ecstasy in the past, in an attempt to lose or maintain their weight. The incident is a warning to those who may believe that the consumption of ecstasy is not harmful for this purpose. Although the girls had taken ecstasy before, this time the result was fatal for one of them. The police and counselors are warning teens and parents about the dangers of the drug, and are attempting to find out who supplied the ecstasy to the girls.

Ecstasy is a dangerous drug, and can have an extremely harmful impact on a person’s body. The drug is a stimulant and often contains amphetamines. There are no controls or regulations in the production of the drug, and the actual composition may be different every time.

A person may believe that using ecstasy will help them control their weight because users sometimes find that the drug is an appetite suppressant, or that it causes them to lose interest in food and eating because they are very focused on other things.

The side effects of ecstasy consumption are extremely harmful. Severe dehydration, memory loss, brain damage, rapid heartbeat, hyperthermia, kidney failure, and liver damage are among the potential risks to users.

The family of the 17 year old girl who died have come forward with her story in an attempt to warn other teens about the dangers of using ecstasy to control their weight.