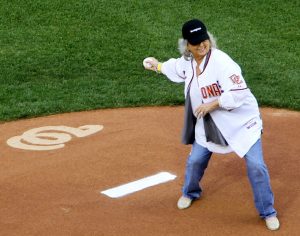 Food Network star Paula Deen has reacted to critics by softening her stance on changing her traditional Southern recipes in order to promote healthier fare.

The 65 year old “Queen of Southern Cuisine” recently revealed that she suffers from type 2 diabetes which is often attributed to obesity and an unhealthy, sedentary lifestyle. Some critics complained that she knowingly continued to promote food with a high-fat content, even though she must have been aware of the negative health consequences.

To make matters worse, Deen’s announcement also coincided with the revelation that she is receiving a paid endorsement to act as spokesperson for pharmaceutical company Novo Nordisk. The drug maker manufactures Victoza, a once-daily injectable medication that may improve blood sugar levels in persons with type 2 diabetes.

Deen has responded to critics by pointing out that a portion of her paid endorsement with Novo Nordisk will be donated to the American Diabetes Association. She also remarked that she waited for some time before admitting to her type 2 diabetes diagnosis due to embarrassment.

Originally, Deen had stated that she had no plans to make any changes to her recipes or her approach to Southern cooking, suggesting that people should instead practice moderation and eat smaller portions. However, she has now revealed that new episodes of her show will include “something for everyone” including people who are looking for healthier recipes. She notes that episodes that are being filmed this spring could take up to 2 years before being aired.

Although Deen’s new approach will include offering viewers lighter fare, she is quick to point out that she is not about to abandon her Southern roots. She notes that her grandmother taught her to cook, and contributed to the success that she has experienced by promoting traditional Southern cooking.