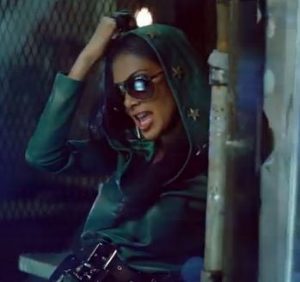 Former “X Factor” judge and head of the Pussycat Dolls Nicole Scherzinger graced the cover of British Cosmopolitan magazine’s August issue with the headline, “I refused to let bulimia beat me.”

The 36-year-old star spoke candidly about her struggles with the eating disorder, which she called a “horrible, paralyzing disease.”

“[Opening up about bulimia] was hard for me to speak about. It still is hard, and thinking about it I try not to well up,” she said.

Scherzinger referred to her condition as a drug, describing the chaos as an endless, vicious cycle that she couldn’t fully recognize until she starting blacking out while traveling or on tour.

“I had started losing my voice, I couldn’t sing at shows, and then I remember my manager finding me passed out on the floor in Malta or in the south of France,” she said. “I thought, ‘I’m going to lose everything I love if I don’t love myself.’ I had such a great life on the outside, the(Pussycat) Dolls were on top of the world but I was miserable on the inside. I’m never letting that happen again; you only get one life.”

Like many people with bulimia, Nicole became good at covering up her behavior.

“I didn’t think anyone knew in my group or in my family because I hid it that well,” she said.

Deciding to speak up about her struggles, Scherzinger said she intends to be a voice of hope for others who might be suffering.

“You can recover and you can get rid of it forever,” she explained. “I did it and that’s why it’s so important for me to share my story,” the star said. “Do not give up because you’re so special and you’re meant for such great things.”

Negative self-talk, Scherzinger concluded, is something she can painfully relate to.

“That’s why I can empathize so much with people who have demons and voices in their heads, who aren’t nice to themselves. It robs you of living your life.”