New Show On Eating Disorders To Premiere On Lifetime Television 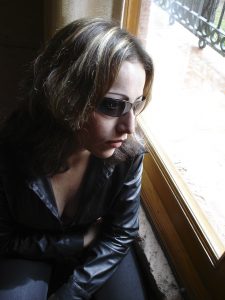 A new reality show called “Starving Secrets with Tracey Gold” is due to premiere on Lifetime Television on December 2nd. The unscripted series is hosted by actress and eating disorder s advocate Tracey Gold, and will follow women battling the life-threatening conditions of anorexia and bulimia.

Tracey Gold is best known for her role in the 80s hit sitcom “Growing Pains” in which she played a teenager, Carol Seaver on the popular ABC network comedy show. During the 7 year run of the show, Tracey faced constant pressure to appear thin on screen, and had developed anorexia by the time she turned 19. At age 22, the ravages of the illness almost cost Tracey her life. She fought back, and is now recognized as a leading advocate and role model for individuals with eating disorders. Today, the actress continues to educate people on the emotional and physical risks of anorexia and bulimia. She is married and has 4 sons.

The hour long show is co-produced by 2 members of the same team involved in the hit show “Intervention”. In the show, Tracey uses her own life-experience with anorexia to reach out to women who are suffering from eating disorders. She is shown working alongside a team of specialists in eating disorders, helping the women to confront the reality of their eating disorder and connect to treatment.

It is hoped that this new show will break down the stereotypes and barriers experienced by women suffering from eating disorders, by bringing the illness out into the open. Tracey notes that when she was struggling with anorexia 20 years ago, there was very little information about eating disorders. This show will highlight the loneliness and suffering experienced by those with anorexia and bulimia, and the impact on family members coping with their loved-one’s disorder.

Tracey also looks at her own battle with anorexia, and hopes that her recovery will inspire others to seek help.

Source: TV by the Numbers