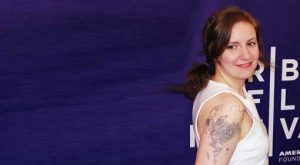 In a statement that some may find puzzling, Lena Dunham said she doesn’t ever want to look like a Victoria’s Secret model — a feeling she expressed in an interview with Playboy.

The “Girls” star has appeared nude in the HBO show a number of times and has received both scrutiny and praise for baring all with no apologies.

But is the young actress contradicting herself by then giving an interview to the magazine most famous for sexualizing women who look just like Victoria’s Secret models?

Dunham explains that she wouldn’t want the attention that would come with a VS-like body.

“I don’t want to go through life wondering if people are talking to me because I have a big rack,” she said. “Not being the ‘babest’ person in the world creates a nice barrier. The people who talk to you are the people who are interested in you.”

She also calls having that kind of body a “burden” to carry when out in public. Yet then Dunham turns on her heels, saying that she wouldn’t be opposed to using her looks to get special treatment.

“I probably would want to see if I could get free food at restaurants.”

When asked what she would do if she woke up tomorrow in the body of a Victoria’s Secret model, she plainly says, “I don’t think I’d like it very much.”

More of Dunham’s interview can be seen on Playboy’s website.