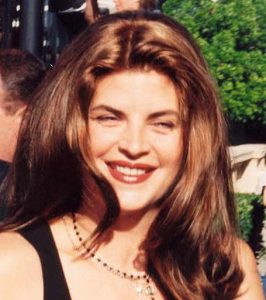 Actress Kirstie Alley vehemently denies tabloid allegations that her recent weight loss is due to suffering from an eating disorder. The National Enquirer claims in a recent article that the actress has lost weight because she is bulimic.

Kirstie has struggled with weight issues for many years. In fact, her battle against being overweight has gained her a certain amount of notoriety, with frequent weight loss often quickly replaced by more weight gain.

However, her appearance as a contestant on the popular television show Dancing with the Stars has caused her to lose a considerable amount of weight. Kirstie has increased her level of physical fitness for the show, and adopted a healthy diet and strict exercise schedule in order to get in shape. The end result according to Kirstie, is a weight loss of 100 pounds in just over 6 months.

Kirstie’s weight loss was particularly evident when she attended an event during New York Fashion Week. Her appearance on the runway started rumors that she was forcing herself to vomit after eating, in order to control her weight; one of the symptoms of bulimia.

Kirstie denies the allegations, and vows to take The National Enquirer to court over “reckless reporting”. She has posted several messages on Twitter refuting the claims, and stating that she has lost so much weight due to her strong commitment to her diet and exercise regime.

She also condemns The National Enquirer for inaccurate accusations against her, regarding what is often a desperate situation for those who suffer from eating disorders including bulimia. Kirstie describes bulimia as “a serious situation, not to be taken lightly”. She also mentions the fact that bulimia is a life threatening illness.