Kendall Jenner Talks Body Image And Being ‘Too Skinny’ 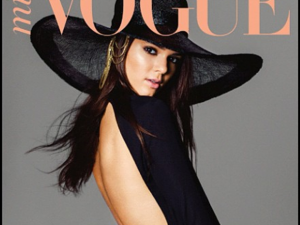 As part of the Kardashian clan, Kendall Jenner is no stranger to the spotlight.

The 17-year-old younger sister of Kim, Khloe and Kourtney Kardashian is stepping out on her own with a blossoming modeling career, but she’s already feeling the pressure from fans and media to meet impossible standards about beauty and body image.

“I’m constantly criticised for being too skinny,” she said in a recent article for Harper’s Bazaar Arabia. “I’m trying to gain weight but my body won’t let it happen. What people don’t understand is that calling someone too skinny is the same as calling someone too fat; it’s not a nice feeling.”

Kendall says that getting into the modeling world has helped her work on becoming more outgoing.

“It’s true, I used to be so shy. I used to never talk, just sit back and do my thing,” she explains.

Noting that her little sister Kylie has helped her come out of her shell, Kendall also says she looks up to her big sisters for help in dealing with the criticism that comes with fame.

“I’m trying my best with what I want to do, which is modelling. I think I’m on my own career path and I don’t really care what other people have to say about me being in the spotlight of my sisters. I’m just doing my own thing,” she says.

In terms of putting herself — and her body — in the spotlight with suggestive Instagram pictures, Kendall says it’s more about branding herself than inviting the world to weigh in on her looks.

“I like to promote my work when I’m at a photoshoot. I love to take pictures of myself or with the crew. But my personal life, I try to keep to myself as much as I can.”