“I Am Not Anorexic,” Says LeAnn Rimes After Stint In Rehab 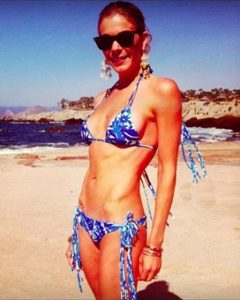 Country singer LeAnn Rimes has spent the last several months of her life defending her weight.

Rumors started to surface earlier this year that she was suffering from an eating disorder after red-carpet appearances showed the singer looking more thin and frail than usual.

Talking with Katie Couric on October 25th, Rimes reiterated what she’s been saying all along: that she’s not anorexic or bulimic, and that the media is creating false rumors that have no basis in reality.

It wouldn’t be the first time a young female celebrity came under attack for getting too skinny. But many people are curious after Rimes, 30, recently returned from a 30-day in-patient treatment facility, where her representative said she was undergoing treatment for “anxiety and stress.”

30 days in rehab a day after her 30th birthday

Rimes says that rehab “is just a time for me to emotionally check out for a second and take care of myself and come back in 30 days as the best 30-year-old woman I can be.”

She also has publicly shamed the media for being so aggressive about the eating disorder accusations, saying that it’s a form of “body bullying.” Earlier this year in May, Rimes tweeted a photo from her honeymoon where she looked extremely thin in a bikini. After some backlash from her fans, she assured everyone she’s fine.

“This is my body, and I can promise you I’m a healthy girl. I’m just lean. Thanks for your concern, but no need to be,” said Rimes.

And while Rimes may have indeed checked into the rehab facility for anxiety, some people are claiming her head looks too big for her body–a symptom of anorexia, according the eating disorder organization Something Fishy–and that anxiety can often accompany an eating disorder or be the underlying cause.