‘Girls’ Star Zosia Mamet: ‘I’ve Struggled With An Eating Disorder Since I Was A Child’ 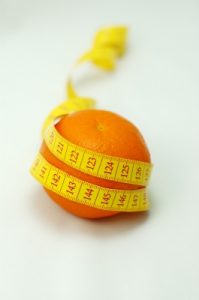 It’s not uncommon for famous women to open up about eating disorders – celebrities like Kesha, Demi Lovato, and Diane Keaton have all been brave enough to broach the subject in interviews over the past several months.

But what’s refreshing about Zosia Mamet, actress on HBO’s “Girls,” is that she didn’t just give an interview about her eating disorder – she wrote a column about it in September’s issue of Glamour magazine.

Calling her struggle a “private one,” Mamet finally unearthed her secret to the world, saying that speaking up is the first step in battling the “monster” inside.

“We all suffer in some small way,” Mamet wrote. “we are all a little bit ashamed of that second cupcake. Let’s diminish the stigma. Let’s remind one another that we’re beautiful.”

The disease of control

Mamet’s own battle peaked in intensity during her teen years – a time in her life when she said starving herself, excessive exercising, or abusing her body wasn’t abnormal.

“As a teenager I used to stand in front of the refrigerator late at night staring into that white fluorescent light, debilitated by the war raging inside me: whether to give in to the pitted hunger in my stomach or close the door and go back to bed.”

Eating disorders, Mamet argues, are about the need to control your life and your body. But recovery doesn’t always address this internal struggle:

For me “recovery” was simply the flip side of the illness; everything was still focused on numbers and food. I was given a goal weight I had to reach by a certain date. Everything I ate was written down. And I did eat; I looked cured on the outside. But the monster inside wasn’t brought to trial. So I was given permission to leave the hospital and enter back into the world as a “healthy” person. Then I went away for the summer and lost every pound I’d gained. Nobody had helped me dissect why I’d abused myself.

“You want to control something, and then society says, “Hey, how about controlling the way you look? Skinny is beautiful.”

Yet maybe a mere 5 percent of women posess the type of body modern women are encouraged to idealize, she said.

Mamet admits that her “obsession” may always be with her in some way – sometimes louder and sometimes quieter. But changing beauty ideals comes down to at least starting the conversation, she urges.

“Maybe you’ll help a friend. Maybe you’ll help yourself. And if you’re reading this and you’re suffering, please know you’re not alone. Tell someone: The people who love you will listen, I promise. And you’ll feel better.”