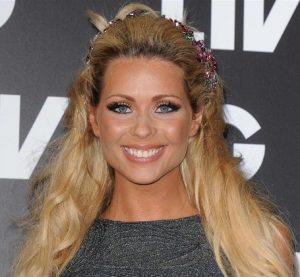 Model Nicola McLean says that the holidays are a tough time of year for her.

The 31-year-old former bulimic recently told The Sun that the holidays can be a trigger for eating disorders–especially when people are already sensitive about their weight.

“I honestly believe that the festive period brings on bulimia for those who have a sensitivity with their weight. There is such a pressure to constantly eat rich food.”

So how does McLean deal with holiday gatherings and festivities that are centered around food?

“I have become the best actress and manage to cover up my eating disorder so it doesn’t upset those around me.”

McLean is a mother of two and says that she’s doing much better when it comes to her struggle with bulimia. This year, she says, she can enjoy the holidays and doesn’t feel the need to go overboard. And while she’s managing her condition now, there were times that weren’t so easy.

“At my worst, when I had anorexia and bulimia combined, I just retched up nothing. I couldn’t actually be sick because there was nothing to come up.”

McLean faced media scrutiny two years ago when her weight plummeted drastically, but she’s now at a healthy size eight.