Emma Stone: ‘There’s No Use Comparing Yourself To Anybody Else’ 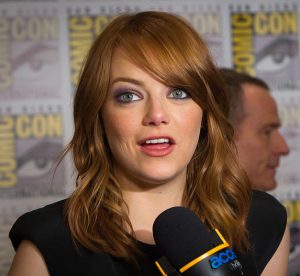 While attending red carpet events for the promotion of her new movie, “The Amazing Spider-Man 2,” Emma Stone has been dealt a good dose of criticism about her weight.

People have been accusing the star of being too thin, but Stone, in typical fashion, has addresses the rumors with class and dignity.

“I’ve seen a lot of comments that say, ‘Eat a sandwich’ or ‘She looks sick,'” Stone said in a recent interview with USA Today. “I’m not sick. I eat sandwiches.”

‘Keeping weight on is a struggle’

Stone also spoke with Seventeen Magazine recently, revealing that genes make it tough for her to stay at a certain weight.

“Keeping weight on is a struggle for me — especially when I’m under stress, and especially as I’ve gotten older,” Stone explained. “That’s the way my genes have decided to go, and things will change as time goes on, as does everything. So when completely untrue statements are made about me or my health, of course a part of me wants to defend.”

The 25-year-old also states that she wants girls to learn the value of being compassionate instead of constantly criticizing one another.

“My great hope for us as young women is to start being kinder to ourselves so that we can be kinder to each other,” she said. “To stop shaming ourselves and other people for things we don’t know the full story on — whether someone is too fat, too skinny, too short, too tall, too loud, too quiet, too anything. There’s a sense that we’re all ‘too’ something, and we’re all not enough.”

Stone says she is “actively working” toward learning to appreciate herself, despite negative comments she gets from fans or media.

“We’re all meant to be here, and we all have completely unique perspectives and personalities and stories worth sharing,” she said. “For me, it’s important never to forget that. There’s no use in comparing yourself to anybody else.”