Does ‘The Biggest Loser’ Winner Have Anorexia? 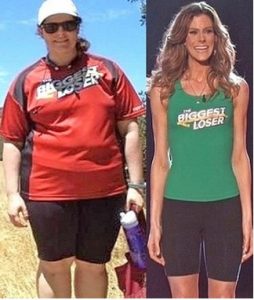 Contestants on “The Biggest Loser” are expected to transform their bodies with dramatic weight loss – that’s the entire premise of the show.

But when this season’s winner, Rachel Frederickson, clocked in at 105 pounds to take home the grand prize, there was immediate concern and criticism in the media that Frederickson was too skinny.

Her appearance at the final weigh-in is indeed muscular and svelte looking, but did she go too far to win? And are the anorexia rumors true?

Contestant insists she is healthy

Frederickson told People on Feb. 12 that she is “very, very healthy,” and Dave Broome, executive producer of “The Biggest Loser,” defended her weight loss as well.

“Rachel passed all the required medical tests ensuring she was healthy,” he said.

At 5’4,” Rachel lost 155 pounds during the show, slimming down from 260 to 105 pounds. According to BMI charts, she is technically underweight. Her appearance even drew gasps from trainers Jillian Michaels and Bob Harper during the finale.

Frederickson said she didn’t starve herself, following a 1,600-calorie diet and working out more than six hours per day in the three months before the show’s finale.

Her trainer on the show, Dolvett Quince, intially supported Rachel’s weight loss but later admitted that it was “too much.”

Based on the heated reactions from fans and media, the show’s producers have said they will change show standards to ensure that contestants remain healthy when they leave the ranch before returning for the finale.