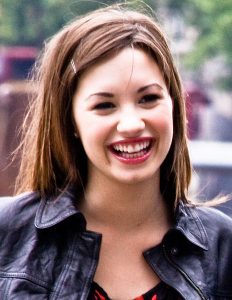 Demi Lovato has blasted Disney on twitter for making an eating disorder joke in one of its shows.

The former star of Disney’s “Sonny with a Chance” scolded the Disney Channel for including a joke which makes light of eating disorders. Demi reminded the network via Twitter, that she was forced to leave her series on the same channel after just 2 seasons, due to suffering from a serious eating disorder.

Demi completed treatment in January of last year for an eating disorder and self-injury, and has been open about her struggle with bulimia. She tweeted that eating disorders are not something to joke about, and noted that she will have to cope with her eating disorder for the rest of her life.

The joke occurred between 2 female characters on Disney Channel’s comedy “Shake it Up”. One of the women on the show said “I could just eat you up – well, if I ate”.

Demi went on to scold Disney for appearing to favor petite actresses, and expressed her belief that the network’s actresses are appearing to be thinner and thinner. She also criticized the Disney Channel by stating that she finds it strange that the network still makes jokes about eating disorders, and about the same illness that caused her to experience enormous pressure that finally resulted in her withdrawing from the show to seek treatment.

The Disney Channel has subsequently pulled both episodes, after reviewing the situation. Disney’s public relations team has also issued a statement on twitter saying that it was never their intention to make light of eating disorders.