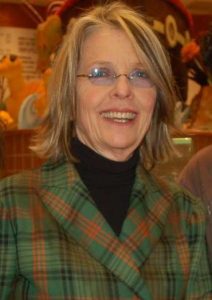 Diane Keaton has revealed in her new autobiography and memoir “Then Again: a Memoir” that she struggled for nearly 5 years with poor self esteem issues and bulimia.

According to an article written by the Daily Mail, Keaton describes in surprising detail in her book, her episodes of consuming around 20,000 calories per day, followed by the rituals of purging and vomiting. She was around 20 years old at the time. Keaton, who is now 65 years old, recalls eating enormous quantities of food in the privacy of her New York apartment. Afterwards, she would make herself throw up.

While she does not appear to be able to point to a single event which led to her struggle with bulimia, Keaton does remember being curious after overhearing another actress talking about women who made themselves vomit in order to avoid gaining weight. She also talks about the secrecy of eating disorders, and believes that her bulimia went undetected by those around her, including Woody Allen with whom she shared a close relationship. She admits matter-of-factly that the demands of her food obsession and bulimia clearly got in the way of her relationship with Woody.

Keaton describes feeling unsure of herself, when she landed her first big acting job in the rock musical “Hair”. She remembers that while other members of the cast were out getting stoned, she would be binging on food.

Her bulimia began to affect her physically, causing heartburn, irregular periods, hypotension, and tooth decay. Keaton also says that she developed psychological issues while being bulimic, and was using food as a means of escaping reality.

Keaton started seeing a psychoanalyst at the request of Woody Allen, which involved daily appointments for 18 months. She began eating normally again at age 25.