Demi Lovato, Star Of Sonny With A Chance, Brings Attention To Eating Disorders 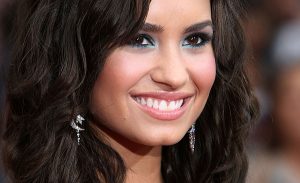 Demi Lovato, a star with Disney, has recently opened up to ABC News about her struggles with an eating disorder. This comes after the eighteen-year-old singer and actress completed three months of treatment after a physical altercation with one of her dancers on tour prompted an intervention.

Demi claims that as a child she was bullied. When she asked her tormentors why they targeted her they said it was because she was fat. At age eight, Demi began eating compusively. The disordered eating progressed and led to periods of restriction and purging as well as self-harming behaviors.

Demi apparently felt pressure to be “perfect” as star of the show “Sonny With A Chance,” and “Camp Rock.” While on tour with the Jonas brothers prior to treatment she often performed on an empty stomach and lost her voice due to purging. The stress combined with not taking proper care of herself led Demi to lash out at a friend and dancer on tour.

At this point Demi is leaving her television show to focus on her musical career. She has also conducted interviews with ABC News and 20/20 to share the story of her struggles. She aims to be a positive role model for other girls with similar issues. Her celebrity is helping her to highlight the plight of those suffering from eating disorders.