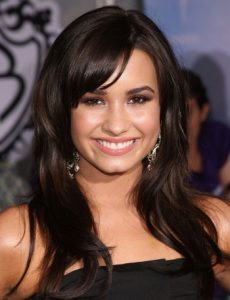 Demi’s representative said in a statement that Demi was released from a three month stint of rehab for an eating disorder – bulimia. She was released on January 28, 2011 and will continue to get outpatient help.

Demi told talk show host Ellen DeGeneres that she was the victim of bullying. It was so bad the she quit school in seventh grade and was home schooled. In a recent article I wrote that can be found on this site there is an article about how bullying is a cause of eating disorders. Demi is living proof that the article is true and not just a bunch of numbers and studies done by researchers. Bullying has such an impact even on young celebrities that one would think enough is enough and put an end to it!

While I’m sure she will continues to entertain us she said her first priority is priority is her health and well being!