Christie Brinkley: ‘I Was Not Skinny Like The Other Girls’ 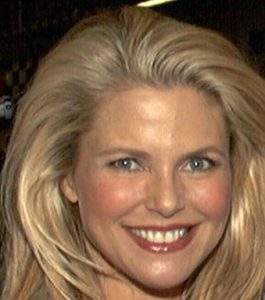 Supermodel Christie Brinkley claims that her successful career can be attributed to the fact that she wasn’t pencil-thin like her peers.

In a feature on Into The Gloss, Brinkley and her daughter Sailor share details of their careers, family drama and how they both approach modeling. Both mother and daughter seem to agree that having a “healthy” body is what provided them both the foundation for a good career.

“If I had been successful with the crazy diets that I tried in the very beginning, I probably would have dieted myself out of a career,” Brinkley said.

Sailor mentions that she shied away from modeling at first, believing that she had to be “stick skinny” to even be a part of the industry. Yet the 15-year-old learned from her mom that this wasn’t necessarily the case.

“Just recently, the door sort of opened up for more healthy models, ones who are like Jennifer Lawrence – she got huge because she was pro-health,” Sailor said. “It was then I started thinking, ‘Hey I can do this. I don’t care if I’m not a size zero, I can do this.’”

Christie agrees, saying that she herself got jobs because she didn’t have protruding bones – she was just a self-proclaimed healthy surfer girl.

“It’s funny because when I became a model, the reason I was successful was because I was not skinny like the other girls, either,” Brinkley said. “I could barely fit into the sample clothes because I was what they called back then ‘athletic.'”

Source: Into the Gloss