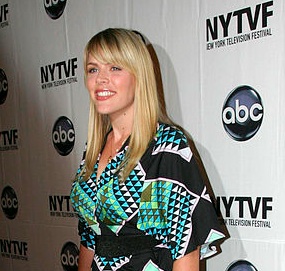 Busy Philipps is known for her sarcasm and self-deprecating humor.

But when she opened up about body image issues in a recent interview on The Conversation, things got real. After being asked to lose weight by a network for a TV pilot, the star claims that being in the pubic eye all but forces you into a position where people always want to see you as the thinnest, most perfect version of yourself:

You get a job and your agent or manager calls and they say, ‘They are so excited about you. They just think there is no one better for this part and they want you to look and feel your best – they really feel that that could include losing 15 or 20 pounds.’

Body image is the ‘last frontier of feminism’

Philipps is currently pregnant with her second child, and she admits that she struggled to shed the baby weight after giving birth to her daughter Birdie in 2008.

“I love that whole weird misconception, ‘I just lost it all breastfeeding.’ It’s like, ‘No, you didn’t!’”

And while Philipps may seem to have a healthy attitude about body image, she says that it’s still a battle to silence the self-criticism.

“I have so many feminist beliefs – and then I’m so mean to myself about my body sometimes. Or I can be judgmental about other people for their bodies, and I don’t know how to get over it.”

Saying that she was “crushed” when TV execs asked her to lose weight, Philipps admits that coming to terms with weight is a challenge for most women.

“I feel like it’s the last frontier of feminism – the weight thing with women – even for myself.”