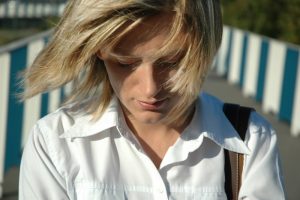 A new study by researchers at Drexel University has determined that the majority of women who suffer from bulimia nervosa actually reach their highest ever weight following the development of the eating disorder.

The study which was published online in the International Journal of Eating Disorders last month provides new insight into the challenging eating disorder.

Researchers studied women suffering from bulimia drawn from two different groups; the first involved a two-year study of 78 women who were patients at Renfrew Centre, and the second entailed an eight-year Harvard study in which 110 women were interviewed every six-months.

While eating disorders are generally associated with weight loss, the fact that many women still reach their highest-ever body weight after developing bulimia is especially surprising when one considers the extreme efforts that are undertaken in order to avoid weight gain.

59 percent of women in the two-year study and 71.6 percent of women in the eight-year study fit the pattern of obtaining their highest weight ever after developing bulimia, and before remission of their illness. In each case, the women’s weight was higher than before the onset of the eating disorder, even though their overall weight prior to developing bulimia had been higher than average.

Women whose highest body weight occurred after developing bulimia also experienced a longer course of illness, and tended to acquire the eating disorder at a younger age.

Researchers are especially anxious to discover why the majority of women regain weight when they have bulimia. This finding provides new information that may help with treatment programs for sufferers, and highlights the importance of examining a person’s complete weight history.

It is believed that individuals who suffer from bulimia may perpetuate unhealthy eating disorder behaviors due to their fear of becoming overweight again.