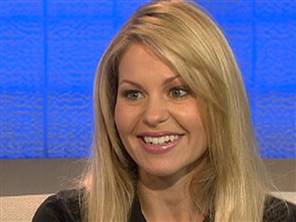 Candance Cameron the child star who played DJ the oldest sister on the television show “Full House” struggled with bulimia. She is talking about it for the first time in the upcoming issue of People magazine.

Candance said her Bulimia started after the television show ended it was all about emotions! She struggled with Bulimia for several years. She is now recovering and has since married and had three children.

Her Husband’s Role in her Recovery

Candance is married to NHL hockey player Valeri Bure. Candance gives Valeri a lot of the credit in helping her overcome her Bulimia the family spends a lot of time exercising and eating healthy meals. The support of a loved one is crucial in overcoming any eating disorder.