US Study Links Binge Eating And Depression In Teenage Girls 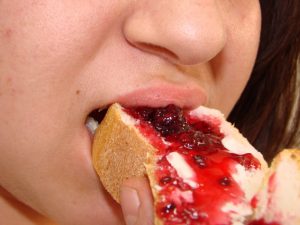 The authors of the study, which is published in the Journal of Adolescent Health, suggest that teenage girls should be routinely screened for both disorders, along with the provision of initiatives consisting of healthy coping strategies to help young people deal with negative emotions.

Why the Study Focused on Adolescent Girls

The U.S. study involved the largest nationwide investigation of the association between binge eating and depression among adolescent girls. It was noted by investigators that eating disorders (including binge eating) take place more frequently among individuals in this age group. The researchers also focused on teenage girls because depression and eating disorders occur more frequently in girls than boys.

The researchers examined data from approximately 5,000 girls between the ages of 12 and 18. These adolescents had filled out surveys in 1999 as part of another U.S. study called “Growing up Today.” Follow-up surveys were also administered in 2001 and 2003. The investigators defined binge eating as a lack of control while consuming a large quantity of food.

Implications of the Results

The researchers noted that the results from this study may assist clinicians in the prevention of obesity by placing a greater emphasis on the psychological aspects of the eating disorder. They also warned that binge eaters can be very secretive regarding their eating patterns, so parents may not be aware that a problem exists.

While the study reveals some important associations between depression and binge eating in teenage girls, the researchers would like to see further research that addresses the use of antidepressants in these young people.