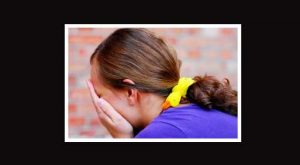 A study of youth across the United States revealed that adolescent girls who were depressed were twice as likely to binge eat than those who were not depressed. The converse was found to be true as well; girls who binge eat were also two times as likely to have symptoms of depression.

The findings appear in the current issue of the Journal of Adolescent Health, and researchers are calling on changes in the way doctors treat binge eating. “Binge eating prevention initiatives should consider the role of depressive symptoms, and incorporate suggestions for dealing with negative emotions,” says the report.

Largest study of its kind

According to epidemiologist and senior author of the study, Alison Field, Sc.D., these findings may lead to changes in the way the US deals with their skyrocketing obesity. The study, which is the largest of its kind, analyzed data from nearly 5000 adolescent girls in 1999, 2001 and 2003.