Impulsive? You May Be At Risk For Food Addiction 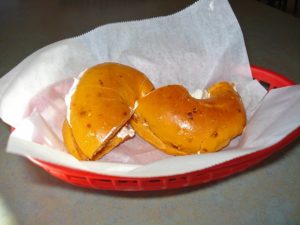 Impulsive behavior – the kind that leads to alcohol and drug abuse – may also be strongly linked to a negative relationship with food, a new study reveals.

Researchers from the University of Georgia found that people who had impulsive personalities were more likely than others to report food addiction tendencies. This pattern, not surprisingly, is positively associated with obesity, the researchers noted.

“The notion of food addiction is a very new one, and one that has generated a lot of interest,” said study author James MacKillop, associate professor of psychology in UGA’s Franklin College of Arts and Sciences. “My lab generally studies alcohol, nicotine and other forms of drug addiction, but we think it’s possible to think about impulsivity, food addiction and obesity using some of the same techniques.”

Impulsivity not necessarily linked to obesity

The study used the Yale Food Addiction Scale and the UPPS-P Impulsive Behavior Scale to determine how food addiction and impulsivity were linked in the 233 participants.

The results are among the first to break scientific ground in the area of how addictive eating habits contribute to obesity. MacKillop and his team are planning to expand on their research by analyzing how brain activity is executed in individuals who make addictive, impulsive decisions about food.

“Modern neuroscience has helped us understand how substances like drugs and alcohol co-opt areas of the brain that evolved to release dopamine and create a sense of happiness or satisfaction,” he said. “And now we realize that certain types of food also hijack these brain circuits and lay the foundation for compulsive eating habits that are similar to drug addiction.”

Results of the study are published in the journal Appetite.