Does Having An Apple Shaped Body Mean A Higher Susceptibility To Binge Eating? 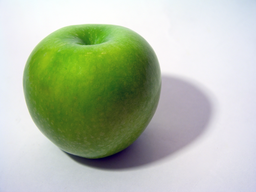 This new study marks the very first time connections between fat distribution, body image disturbance and the development of a binge eating disorder.

Drexel University performed a study that found only apple-shaped bodies put women at a higher risk for an eating disorder, but those with greater midsection fat stores in the midsection reported being less satisfied with their bodies.

The study was performed by lead author Laura Berner, PhD, who completed the research while completing her doctoral degree at Drexel. Dr. Berner states, “Eating disorders that are detected early are much more likely to be successfully treated. Although existing eating disorder risk models comprehensively address psychological factors, we know of very few biologically-based factors that help us predict who may be more likely to develop eating disorder behaviors.”

She further states, “Our preliminary findings reveal that centralized fat distribution may be an important risk factor for the development of eating disturbance, specifically for loss-of-control eating. This suggests that targeting individuals who store more of their fat in the midsection and adapting psychological interventions to focus specifically on body fat distributions could be beneficial for preventing eating disorders.”

The study was entitled, “Examination of Central Body Fat Deposition as a Risk Factor for Loss-of-Control Eating, “and it was published in the American Journal of Clinical Nutrition.

Berner is currently a postdoctoral research fellow at the Eating Disorders Center for Treatment and Research at UC San Diego Health.

Increasing evidence suggests experiencing a loss of control during eating, can involve feeling driven or compelled to continue eating or that stopping once a person has started is very difficult.

Dr. Berner and her team conducted a study with nearly 300 young ladies who completed assessments at 6 months and 24 months. The assessments included weight, height, total body fat percentage and where it is distributed. Participants did not meet the diagnostic criteria for eating disorders at the beginning of the study.

Dr. Berner stated, “Our results suggest that centralized body fat deposition increased disordered eating risk above and beyond other known risk factors. The specificity of our findings to centralized fat deposition was also surprising. For example, a one-unit increase in the percentage of body fat stored in the abdominal region was associated with a 53 percent increase in the risk of developing loss-of-control eating over the next two years, whereas total percentage body fat did not predict loss-of-control eating development.”