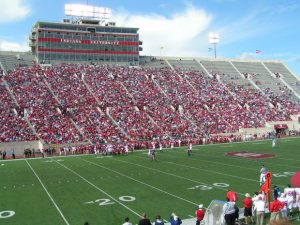 September marks the beginning of fall, back-to-school and football season.

But if you’re a die-hard fan of a losing NFL team? Well, chances are you might end up binge eating after a particularly painful game, new research suggests.

Fat and sugar for the win

The study, published in Psychological Science analyzed how NFL game outcomes over two seasons affected fans’ food consumption in over 24 cities. Researchers also observed the eating behaviors of people living in cities without an NFL team or with a team that didn’t play a particular day.

On the Monday following a big game, losing-team fans were more likely to binge eat on foods high in saturated fat and sugar compared with fans of winning teams. Fans of losing teams consumed about 16 percent more saturated fat than they normally would on a Monday, whereas fans of a winning team ate about nine percent less saturated fat than normal – suggesting not only that a loss might lead to bad eating habits, but that a win can encourage healthier choices.

“Although prior studies had shown that sport outcomes influence reckless driving, heart attacks and even domestic violence, no one had examined how they influence eating,” wrote study author Yann Cornil.

Affirm away the blues?

While die-hard fans might feel threatened, depressed or angry after a loss, binge eating doesn’t have to be the cure, researchers said.

The study found that when fans wrote down positive affirmations about what is important to them in life, the post-game binge eating was curbed.

“In our studies, this simple technique, called ‘self affirmation,’ completely eliminated the effects of defeats,” the authors wrote.

“People under high stress can foster better problem-solving simply by taking a moment beforehand to think about something that is important to them,” Creswell said in an article on Psychology Today.

So go ahead and enjoy Sunday football, but make you have something positive to focus on – and a fridge stocked with fruits and veggies – in case your team gets clobbered.