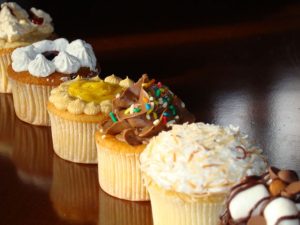 While the number of males with eating disorders is on the rise, a new study shows that there could be a reason why certain disruptive eating patterns are mostly female-oriented problems.

Michigan State University scientists have proven through a rat study that there may be biological markers that make women more prone to binge eating – a core symptom in most eating disorders.

Researchers ran a feeding experiment on 30 female and 30 male rats over the course of two weeks. By periodically replacing the rats’ normal food pellets with vanilla frosting, the team was able to observe which gender was more likely to consume the most amount of frosting during every test. Results showed that the females were about six times more likely than the males to binge eat on the frosting when it was available.

The female brain is more responsive to reward

The cause may have something to do with how the female brain is wired for rewards, the MSU researchers said, and they are currently investigating how this wiring may make females more sensitive to the positive stimulation provided by high-fat, high-sugar food, as well as which chemicals are triggered during this process.

Kelly Klump, lead author and professor of psychology at MSU, says that the study reveals a different side of the link between women and eating disorders.

“Most theories of why eating disorders are so much more prevalent in females than males focus on the increased cultural and psychological pressure that girls and women face,” Klump said in a press release. “But this study suggests that biological factors likely contribute as well, since female rats do not experience the psychosocial pressures that humans do, such as pressures to be thin.”

The study can be found online in the International Journal of Eating Disorders.