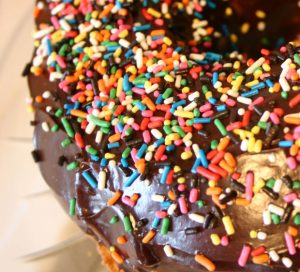 Binge eating disorder, included only months ago as a diagnosable condition in the Diagnostic Statistical Manual of Mental Disorders, may come with health risks just as dangerous as those associated with bulimia.

Discussion about eating disorders tends to minimize the seriousness of binge eating disorder, chalking it up to an issue of self-control. Yet the new study, conducted by the World Health Organization, suggests that therapists, doctors and health care professionals should be taking the condition much more seriously.

Results of the research were published online in Epidemiology and Psychiatric Sciences to coincide with Weight Stigma Awareness Week (September 23-27).

An issue of detection

While it does not include behaviors such as purging or laxative use, binge eating disorder involves a loss of control around food.

In the study, binge eaters and bulimics were found to have two- to four-fold increases in the inability to carry out normal day-to-day activities when compared with people without eating disorders.

The main problem, the researchers said, is that both disorders tend to go undetected and untreated.

“Binge eating disorder has been largely ignored by health care providers, but it has a tremendous cost to the physical and psychological well-being of people with the disorder,” said Ronald Kessler, McNeil Family Professor of Health Care Policy at Harvard Medical School and senior author of the paper.

Taken as a whole, instances of depression, suicide and lost productivity add up to “substantial costs to society,” Kessler said.

The study also found that binge eating disorder tends to arise in adolescence, and it is typically associated with later-life mental conditions like anxiety or depression. Early-onset binge eating disorder was also linked to low employment rates in men, low marriage rates in women, and high rates of work disability in both genders.

Most of the adverse effects of binge-eating disorder, the researchers found, were due to the complications that arose because of these co-existing challenges. Early detection and treatment, therefore, could help prevent later vulnerabilities like mental health issues or physical impairments.

Binge eating disorder was found to be about twice as common as bulimia in the countries studied, which included the U.S., Mexico, Italy, Portugal, Romania, Spain and several others.