Binge Drinking Is Linked To Disordered Eating In Adolescent Girls 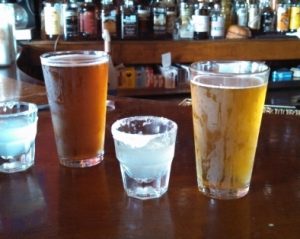 For young women, a propensity toward binge drinking may be linked to problematic or disordered eating behaviors.

A study published in Alcoholism: Clinical & Experimental Research found that while binge drinking was associated with more eating issues in both males and females, girls tend to suffer more serious consequences.

“For girls, binge drinking was associated with five of the six eating problems we examined,” said Andrew Stickley, study author and researcher at Södertörn University in Sweden.

In the study, a total of 2,488 boys and girls between the ages of 13 and 17 were surveyed about various eating issues like bingeing, fasting, excessive exercise or purging.

The study represented Russian girls, which suggests that the association between binge drinking and eating problems isn’t just a Western world issue.

“The association…might occur across different country settings regardless of the socioeconomic environment or particular drinking culture,” Stickly emphasized.

The findings suggest that clinicians should be on the lookout for both of these behaviors in teens. If one behavior is spotted, it might be an indication that the other should be investigated as well.