Why It’s Time For Changes In The Fashion Industry 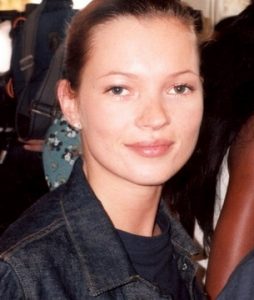 The United States fashion industry transmits cruel and unrealistic standards of thinness and increases the chances someone could develop an eating disorder. Kate Moss, international supermodel once responded when asked if she had any mottos, “Nothing tastes as good as thin feels.”

These comments made by Kate Moss are quite pervasive in the media and played out through society. While some of these sayings are brushed off as ridiculous by some, they continually run through the heads of other impressionable individuals and reinforcing that a restricted diet can eventually turn someone into an anorexic.

Anorexia and Women in Society

Slender, even skeletal woman have been romanticized for a long time in the West. This could be largely because of the omnipresent fashion industry that saturates the media with all sorts of images of extremely thin women. Models who walk the runways in Milan, Paris and New York are often called “clothes hangers,” the less a woman weighs inside the outfit, the better it is supposed to look. All of these images can take a toll: many runway models have a body mass index of less than 16, an indicator or life-threatening starvation.

Models have died of the devastating effects of starvation and sometimes within a few moments of stepping off the runway.

It is quite easy for the fashion industry to shrug off the problem, because of the tremendous demand for models who are willing to do what it takes to starve themselves. Subjecting a worker to dangers in the workplace is forbidden in many industries, but apparently the fashion world operates under a different set of guidelines.

The fashion industry hides the ugly reality of eating disorders behind the patina of ‘beauty.’ The inhumane working conditions of the fashion world are concealed and we, the public, are often willing to turn a blind eye to it because it is uncomfortable to ask questions about what’s hidden behind the façade of perfection.

Applying workplace safety standards to the fashion industry would add vital protections for women and young girls, most models start working in the industry at a very young age, and men and boys, who pursue modeling as a career. The far reaches of the fashion industry go way beyond the hazardous occupational conditions that professional models are forced to endure.
Approximately 70 percent of young tween and teen girls in a study to define the “perfect body,” see women on the brink of starvation as the ideal image. Through mass media and its pervasive influence on setting cultural standards for apparel, particularly for girls and young women, transmits and reinforces cruelly unrealistic standards for thinness.

It’s important to enact changes in order to protect the lives of young women and men in the modeling world. Models are now speaking out, sometimes on their own, and taking issue with the industry agents’ claim that without losing weight and possibly becoming unhealthy, they would never have a career.

What is the role of society in all of this? As parents, a teacher, pediatrician or caregiver who mentors and cares for youngsters, we shouldn’t leave it up to the fashion industry or models. Consumers make up a massive multimillion dollar consumer base for the fashion industry and without our money, the industry has absolutely nothing.